No posts were found.

This itinerary is a perfect amalgamation of the famous Golden Triangle tour with India’s vibrant festival – Holi!  Witness the vivid celebrations of this festival, let every memory look like a colorful kaleidoscope!  A mesmerizing and mind-blowing where you can feel the soft “Gulal” colors all over you On this 8 days trip, you will visit Delhi, Agra, Fathepur Sikri, and Jaipur and we promise it to be an extraordinary, soulful experience. From Experiencing the festival of colors to devouring Indian delicacies made during this time this trip will leave beautiful imprints in your memory forever.

Arrive Delhi and transfer to the hotel. Delhi, India's capital city, with a thousand years of history is a city of contrasts that combines a unique ambience of the ancient and the modern. An orderly plan of wide roads lined with sturdy colonial buildings, which was established soon after the imperial capital of British India moved here from Calcutta in 1911. After lunch at your hotel, proceed for sightseeing of New Delhi. Visit Qutab Minar, Sikh temple and drive past diplomatic enclave, Parliament House, India Gate and President Estate. overnight at the hotel
2

Morning, sightseeing of Old Delhi. In Old Delhi drive past Red Fort- Built in 1648, this sprawling fort of red sand stone along the river Yamuna is surrounded by a wall of about 2.4 km in circumference and Chandni Chowk- the crowded bazaar (silver street ) of old Delhi. Take a rickshaw ride at Chandni Chowk. Visit Jama Masjid, Built by the Mughal Emperor Shahjahan, the Jama Masjid is the largest and one of the most magnificent mosques in India and Raj Ghat memorial of Mahatma Gandhi , Father of the Nation. Thereafter proceed to a city restaurant for an Indian Lunch. Post lunch, return to your hotel. overnight at the hotel
3

Morning, after breakfast at your hotel, drive to Agra (210 km / 5 hrs). On arrival, check-in at your hotel. Agra is located on the banks of river Yamuna and it is famous the world over as "the City of Taj". After lunch at your hotel, proceed for sightseeing. Visit Taj Mahal one of the seven wonders of the World. Built by Shah Jahan (Mughal Emperor) for his beloved wife Mumtaz. Thereafter proceed to Agra Fort, built by the great Mughal Emperor Akbar in 1565 A.D. the fort is a masterpiece of design and construction. Within the fort are a number of exquisite buildings. overnight at the hotel
4

After breakfast at your hotel, drive to Jaipur via Fatehpur Sikri (232kms / 7 hrs approx with Fatehpur Sikri sightseeing). Fatehpur Sikri, built during the second half of the 16th century by the Emperor Akbar, Fatehpur Sikri (the City of Victory) was the capital of the Mughal Empire for 10 years. The complex of monuments and temples, all in a uniform architectural style, includes one of the largest mosques in India, the Jama Masjid. After the sightseeing of Fatehpur Sikri, stop for a hot lunch at Laxmi Vilas Palace in Bharatpur. On arrival in Jaipur, check-in at your hotel. Jaipur, The rose pink capital of Rajasthan is surrounded on all sides by rugged hills, crowned with forts. Enclosed by battle scarred walls, the city was built early in the eighteenth century. Jaipur is aptly called the "Pink City of India". It takes its name from the famous Maharana Sawai Jai Singh, who founded the city in 1728. Jaipur is noted for its craftsmen skilled in the art of cutting precious stones and is famed for its garnets and rubies. It is equally well known for brass inlay work, lacquer work and the printing of muslin. overnight at the hotel
5

Morning, sightseeing of City Palace. This is in the heart of the old city and is the former royal residence built in a blend of the Rajasthani and Mughal styles. Even today.the City Palace is the principal residence of the ruling family. Also visit Jantar Mantar, a stone observatory, largest of Jai Singh's five remarkable observatories. It houses complex instruments with different settings and shapes. Also visit the local bazaar. Return back to your hotel for lunch. After lunch, proceed to watch the Elephant Festival. The Elephant Festival of Jaipur is an annual event held in the month of March, one day before the festival of Holi. This festival highlights the importance of the majestic animal, elephant. Dance and music performances liven up the Elephant Festival of Jaipur that attracts Indian and foreign tourists. The commencement ceremony of the festival includes elephants festooned with beautiful glittering ornaments and embroidered velvets. After that, there is a series of violent elephant fights. A traditional procession of the elephants is also a part of the Jaipur Elephant Festival. In this procession, the scenes from the royal past of Rajasthan are recreated with caparisoned elephants, chariots, lancers on horses, camels, cannons, and palanquins. A number of races, beauty pageants, etc of the elephants add to the excitement of the festival. However, what takes the cake is the game of elephant polo. The players who wear saffron and red turbans, sit on elephants and try to score goals with long sticks and a plastic football. Mostly female elephants participate in the Elephant Festival of Jaipur. These elephants present a wonderful sight with their trunks, foreheads, and feet ornamented with floral motifs and trinkets adorning them from tusk to tail. The Elephant Festival was initiated a decade ago. It was conceptualized keeping in mind the tourists coming to the city, so as to familiarize them with the royal past of the state. Optional: Evening, if you are inclined, enjoy Holika Dahan at a city location. overnight at the hotel
6

Morning, indulge in Holi festivities. Return to your hotel for a clean up and lunch. Rest of the evening, free. overnight at the hotel
7

After an early breakfast, proceed for sightseeing of Amer Fort, the former capital of the Kachhwaha Rajputs on a hillside overlooking Maotha lake, 11 km from Jaipur on the Delhi - Jaipur road. Also have the unique experience of traveling on elephant back to and from the top of the hill on which the fort is situated. Enroute , photo stop at Hawa Mahal or, Palace of Winds. The monument was originally conceived with the aim of enabling ladies of the royal household to watch the everyday life and royal processions of the city. Later, drive back to your hotel for lunch (rooms will be available until noon only). After lunch, drive back to Delhi (260 km / 6 hrs). On arrival, check-in at your hotel. overnight at the hotel
8

In time transfer to the international terminal to board flight for home. 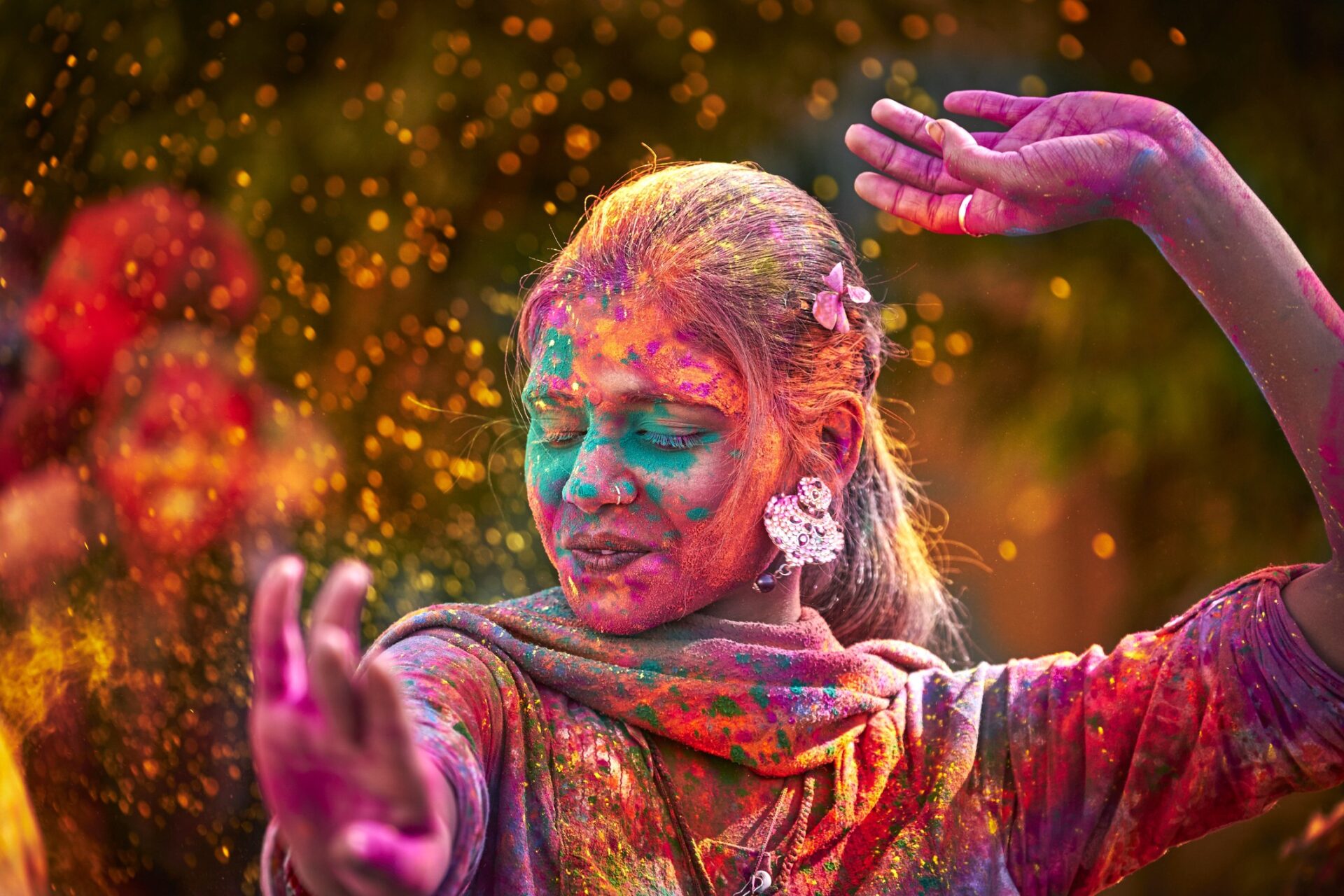 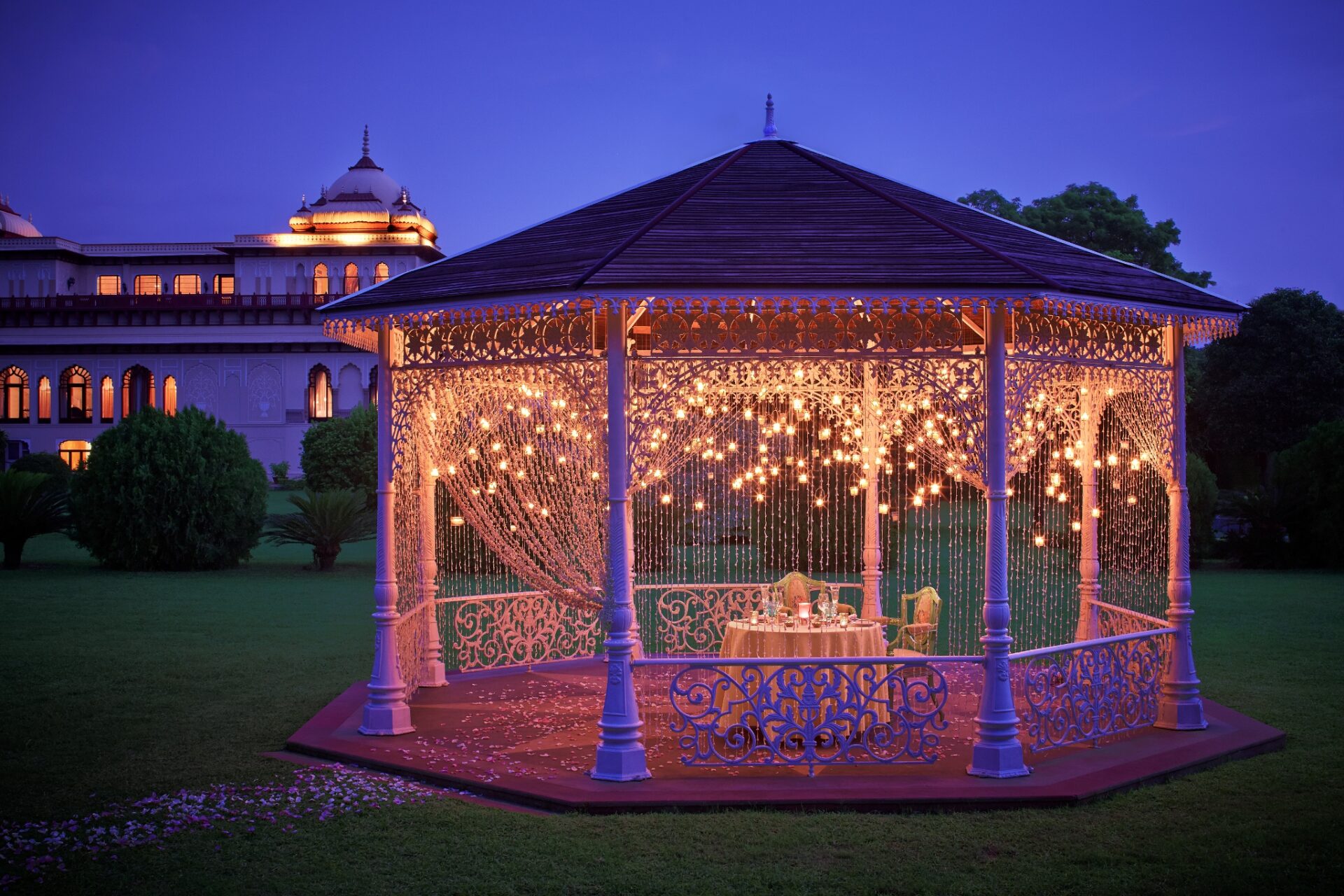 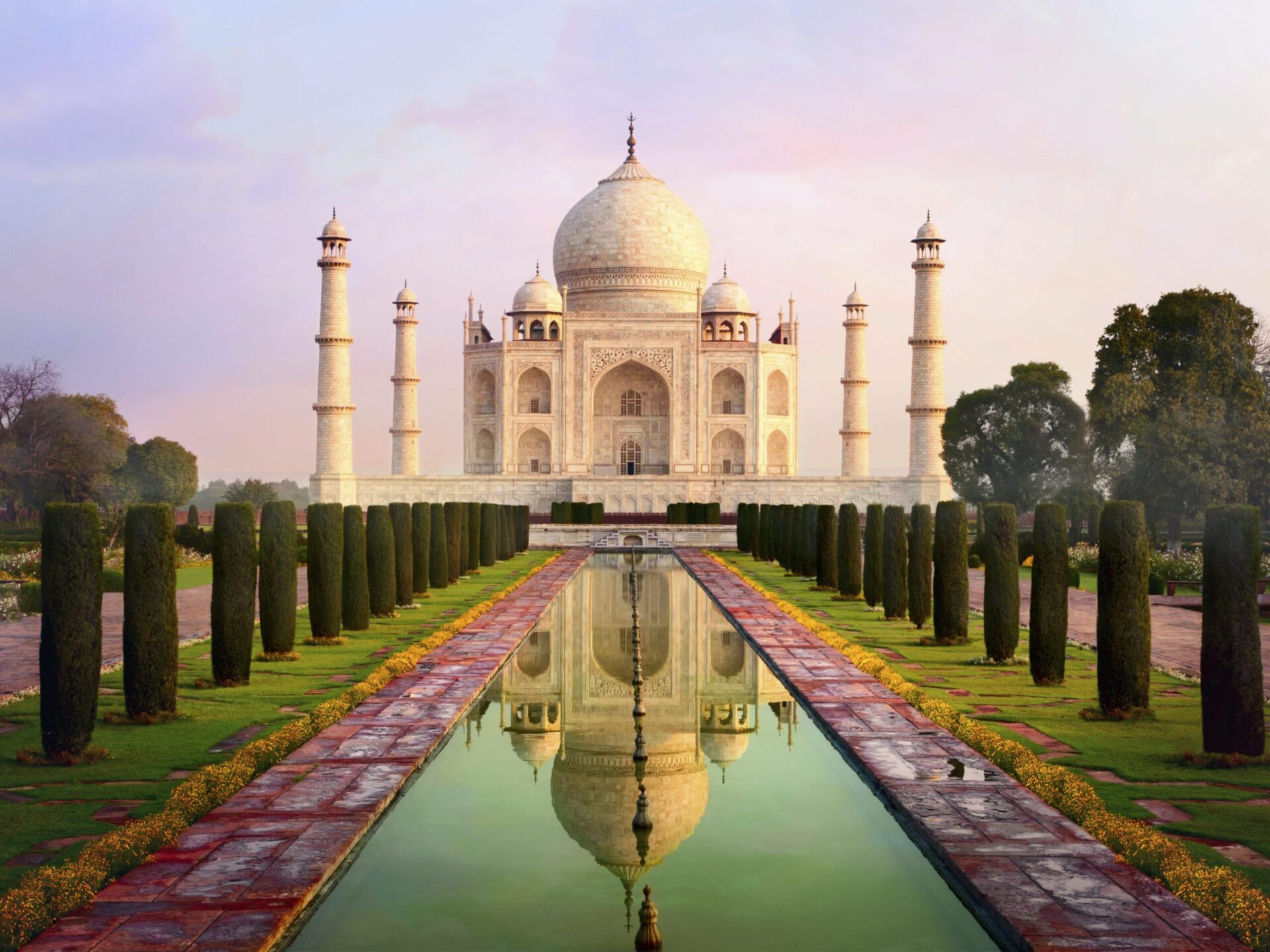 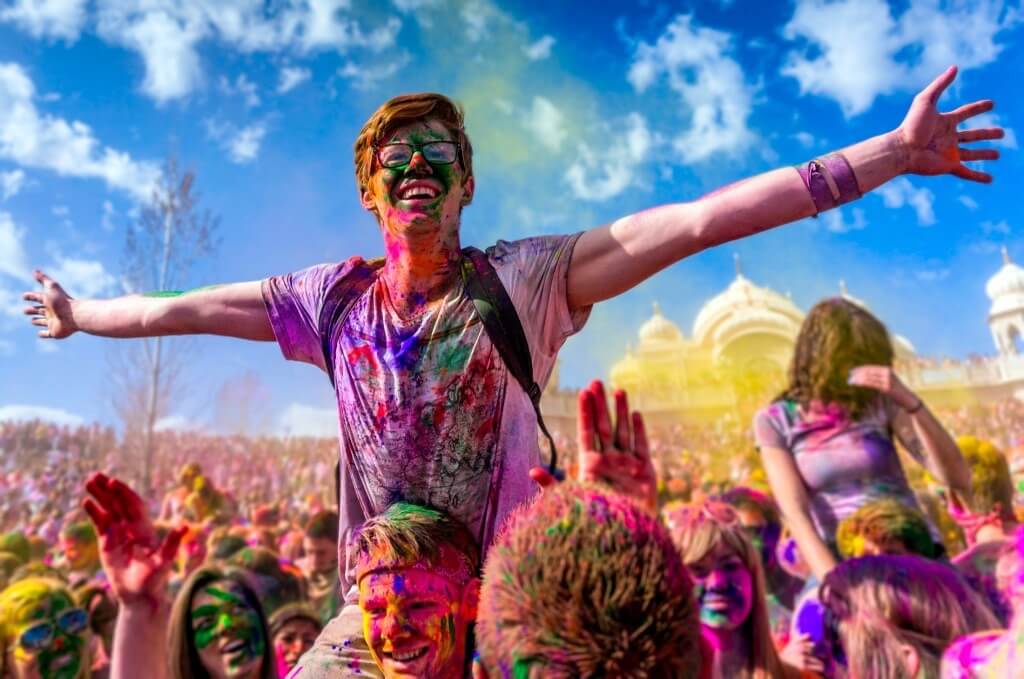 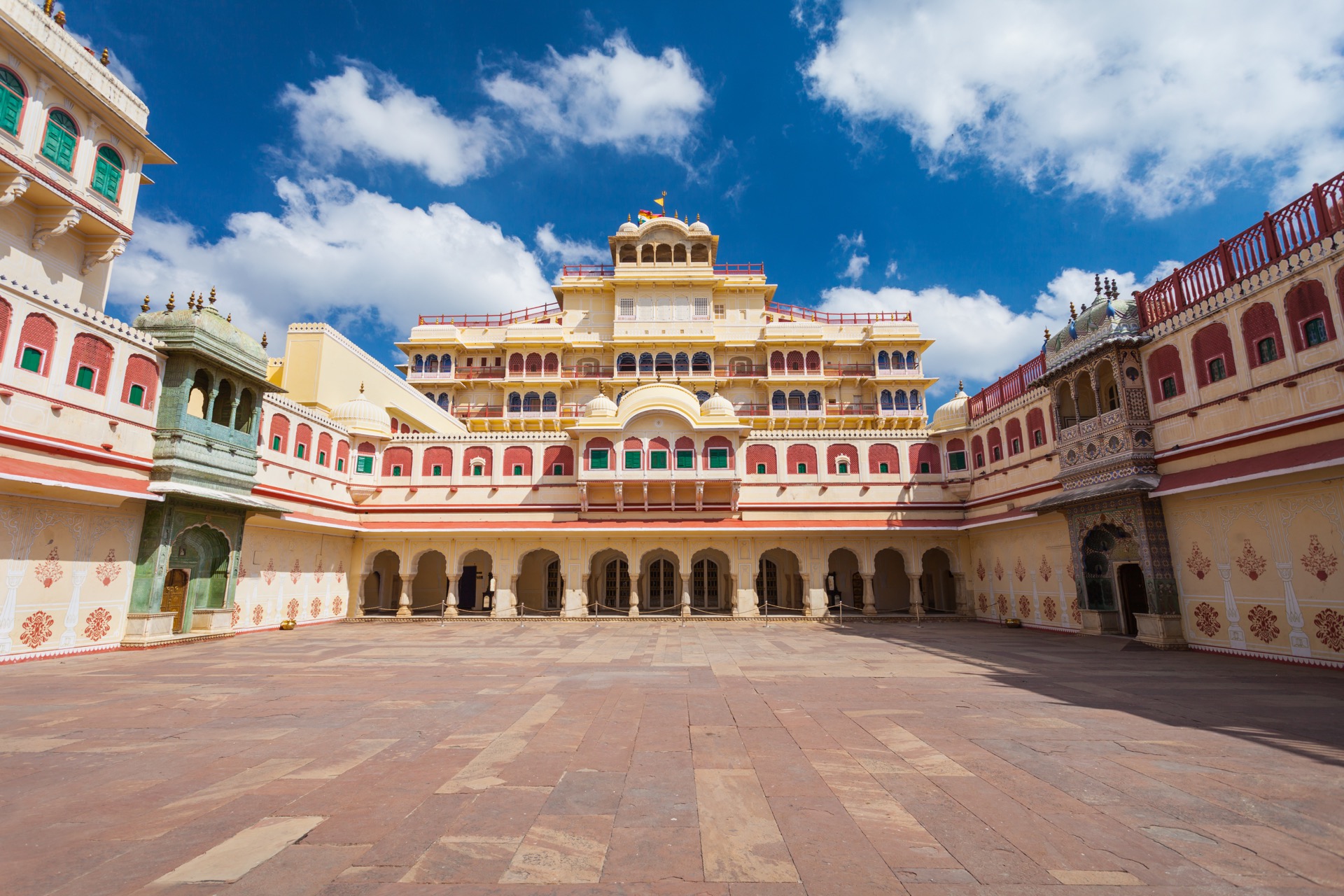 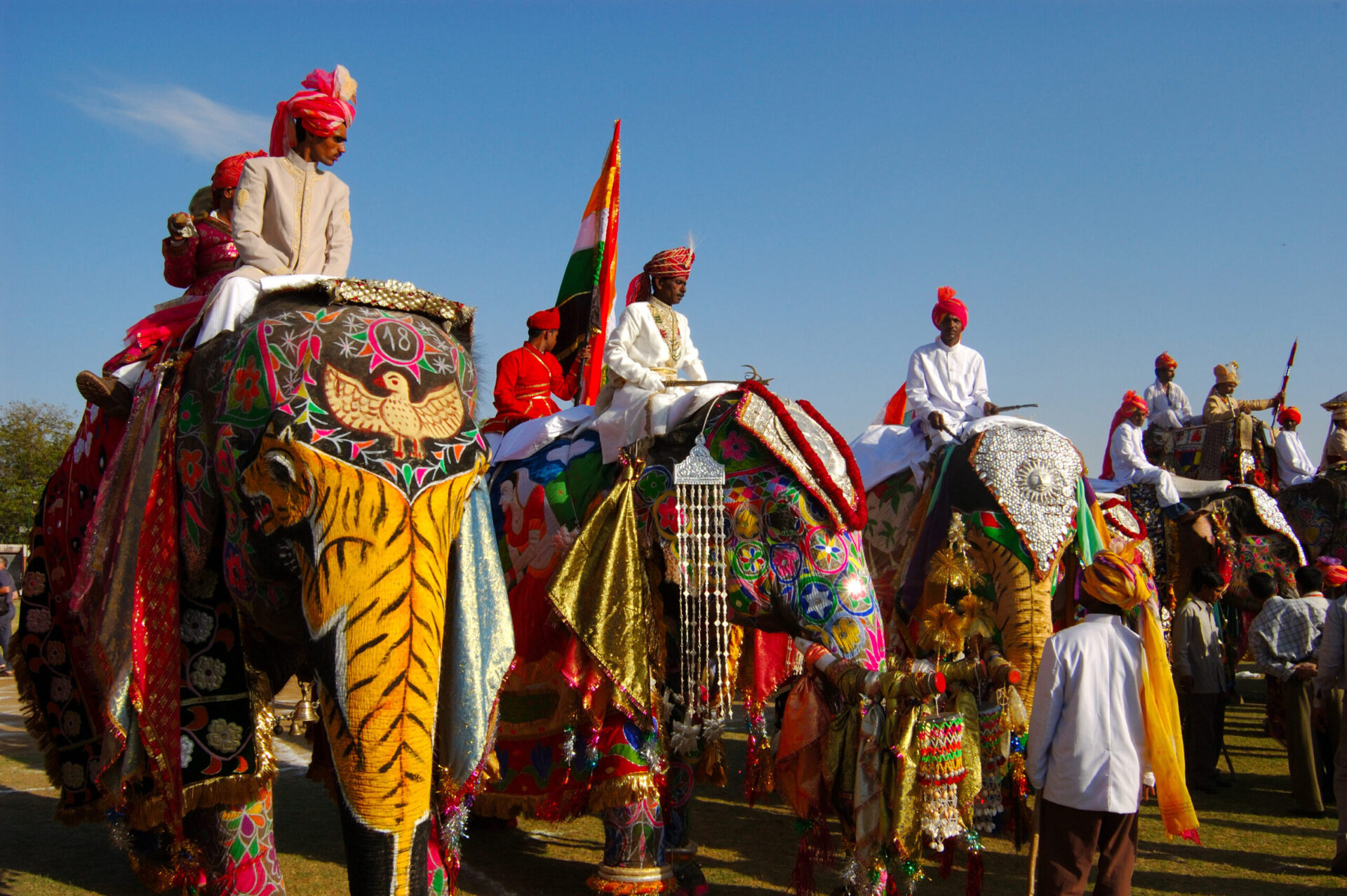 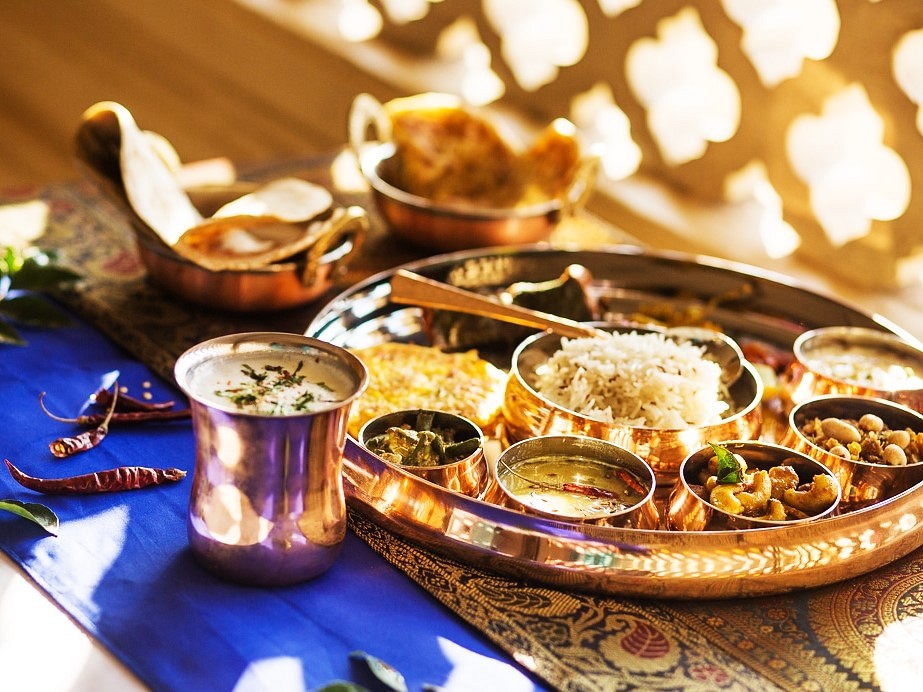 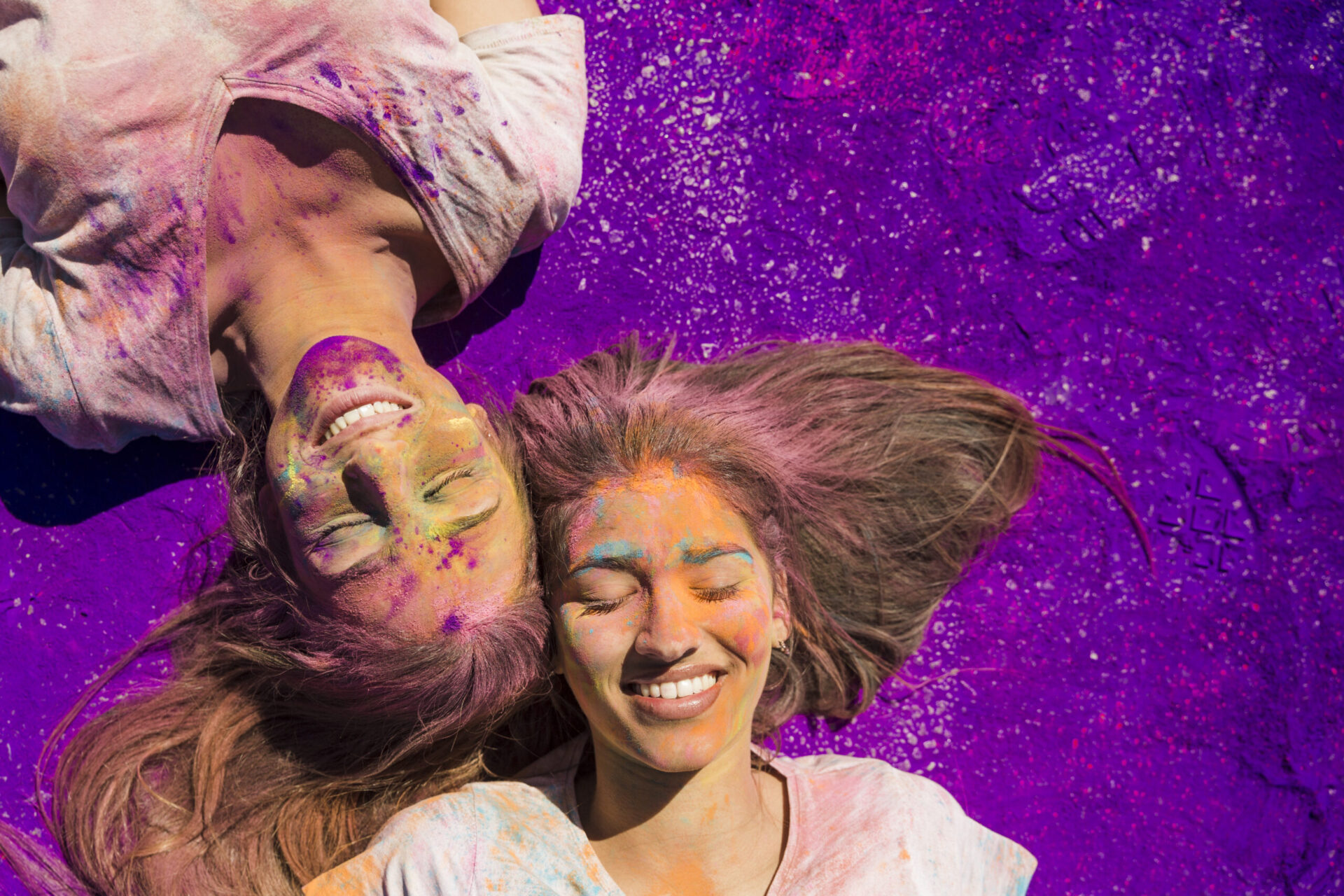 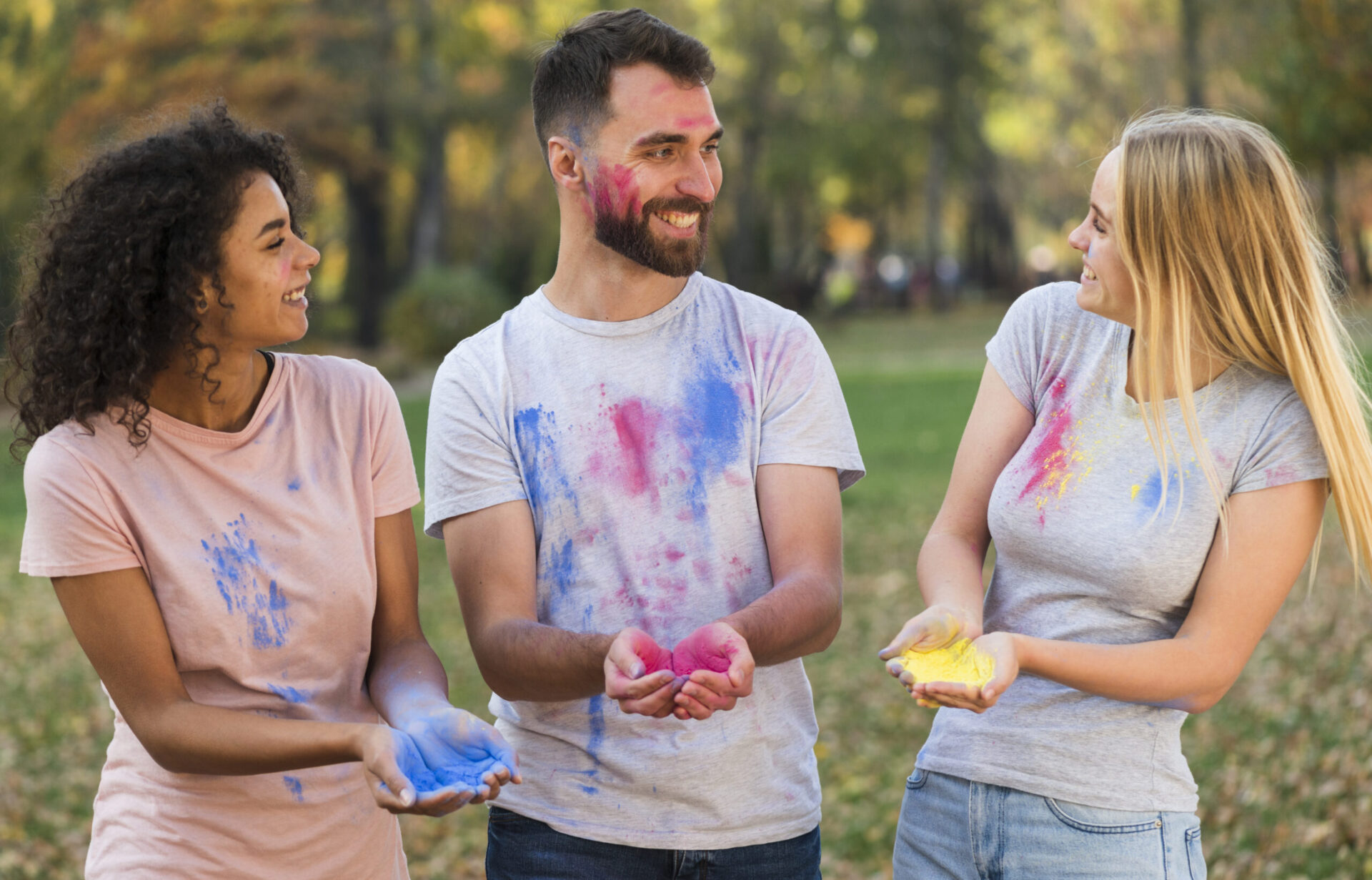